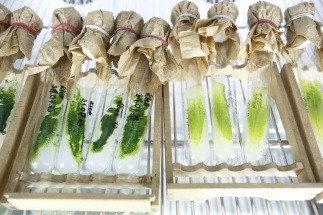 Saint Albert the Great. Albertus Magnus – the same, whom Dante put in heaven alongside St. Thomas Aquinas in his “Divine Comedy”. A bishop, one of the most incisive medieval minds, the Patron Saint of miners  (Poles somehow prefer Saint Barbara). He was also an alchemic. He was the one who discovered arsenic, and was the first to use chemical terms, such as: alkali, lead oxide, iron sulfate. In addition, he wrote a treatise ‘’Libellus de Alchemia.’’ In it, he described eight rules, that an alchemist ought to follow:

1.Be secretive, silent – don’t reveal results of your work to anyone;

For alchemy to become chemistry, a major paradigm shift in thought had to take place. Dreams revolving around turning lead into gold, parapsychology, mysticism, astrology, superstition – it all had to be put away. Scholars in the Middle Ages were driven by their reasonable fear of being burned at the stake. These fears, however, paralyzed science later on.

It was a fortunate turn of events, as chemists working at a couple of Polish institutes needed big scale: well-developed laboratories, thousands of ‘’indiscreet’’ work hours, a reasonable amount of publicity, and investments bigger than their own input. As a result, we are now faced with solutions that could revolutionize certain aspects of life.

Ionic liquids are salts which are deemed to be the next generation of ‘’green” solvents, because they are not gaseous and are thermally stable, their boiling temperature is high and they dissolve both organic and inorganic compounds. These rare characteristics can be used to enhance wood durability, but also to extract valuable cellulose from it.

Earlier research conducted by the Wood Technology Institute in Poznań proved that these liquids are more efficient - than the presently used chemicals - in battling wood-decay fungus. They are also bio-degradable. Therefore they make the production of environmentally-friendly wood colouring and wood conservation equipment possible.

But this isn’t the only potential of these extraordinary liquids. Extracting cellulose from wood is beneficial and environmentally-friendly, too. Cellulose, the main wood constituent, is the most commonly found renewable chemical compound, but this potential is not utilized, because it’s hard to extract cellulose from wood. As a result, the chemical industry produces numerous oil-based chemicals.

However, cellulose can be easily dissolved in ionic liquids – in a safe and cheap way. Unlike the traditional cellulose extraction methods from plants, requiring the usage of expensive, environmentally-polluting, solvents – the dissolution of cellulose by applying the so-called ‘’hydrophilic ionic liquids’’ is cheap and environmentally sound. Cellulose from such a solution can be regenerated by adding water and various chemical compounds. Ionic liquid is also regenerated and can be reused.

How will it affect our lives?

The field of research, to which ionic liquid research belongs, is not mere chemistry. It’s the twenty first century chemistry – green chemistry, based on the new approach to synthesis, processing and application of chemical compounds. It consists in the reduction of hazards these processes pose to humans and the environment. How will ionic liquids impact our milieu? For one, they will reduce the presence of heavy metals – particularly chromium and copper -  which are lethal to humans.

Ionic liquids allow the production of many chemical substances from renewable sources. Ionic liquids make the synthesis of biofuels possible, that are currently synthesized from oil on an industrial scale.

Who’s behind all this?